My stamps! You ruined my stamps! 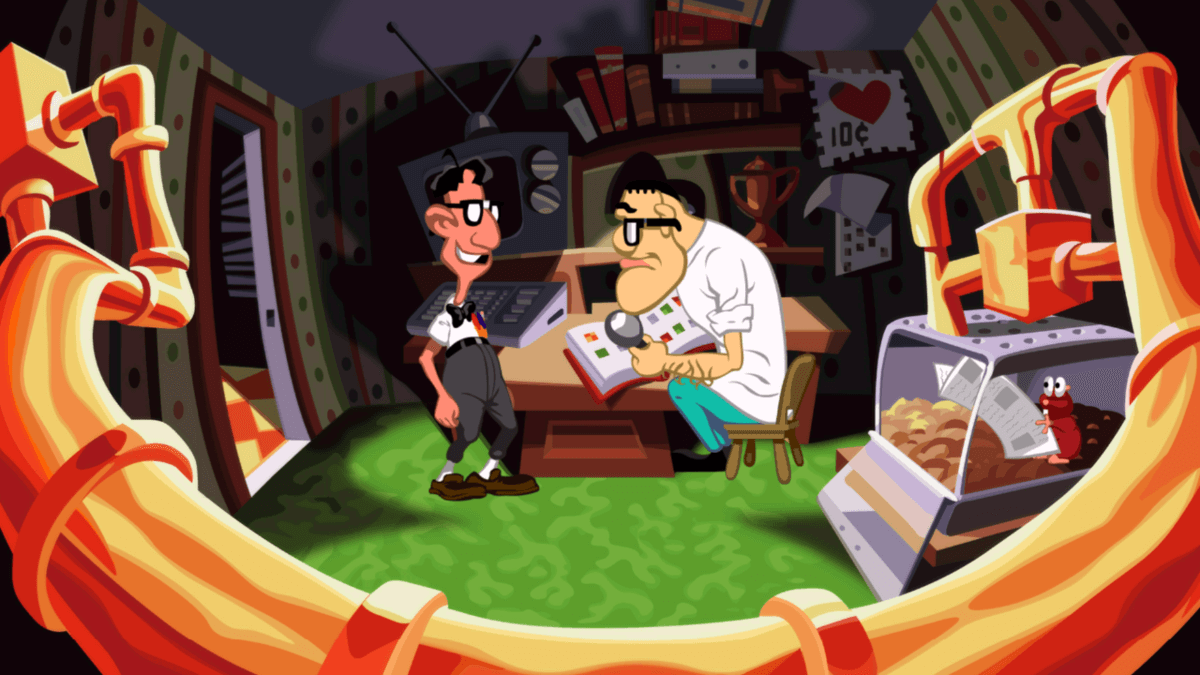 Most of you are probably scratching your head at this point. I wouldn't blame you, really. That is arguably an obscure and mostly unknown quote. But it's also one that had me howling with laughter in the early 1990s as a teenager.

Maniac Mansion: Day Of The Tentacle (DOTT) is and always will be one of my all-time favourite video games. While it can be broken down in definition to a simple, point and click adventure game (a genre that has received many refreshing new titles in the past few years to help bring in new and old fans alike), it's also one of the funniest stories ever told.  I kid you not that I was so crazily obsessed with this game that I used the characters for a family tree project in my grade 9 high school French class. It seemed befitting, given that the zany host of characters this game includes all act like a dysfunctional family that you can't help feeling connected with by the conclusion of this hilarious adventure.

Now, you might also wonder why I'm even writing about this circa 1993 game. I don't typically utilize my blogging time to wax nostalgic about old entertainment products. In this case, however, it seemed like a great time to do so since some of the original developers of DOTT have recently released a "Remastered" version of the game. I snapped it up through Steam and managed to get my four-year-old immediately hooked on the game. This is both good and bad. Good because I am having a blast playing through the game again (for probably the zillionth time) and bad because I have to wait long periods between play times so that he doesn't miss out; four-year-olds and their inability to stay up late and their limited screen time. You may know how that goes. 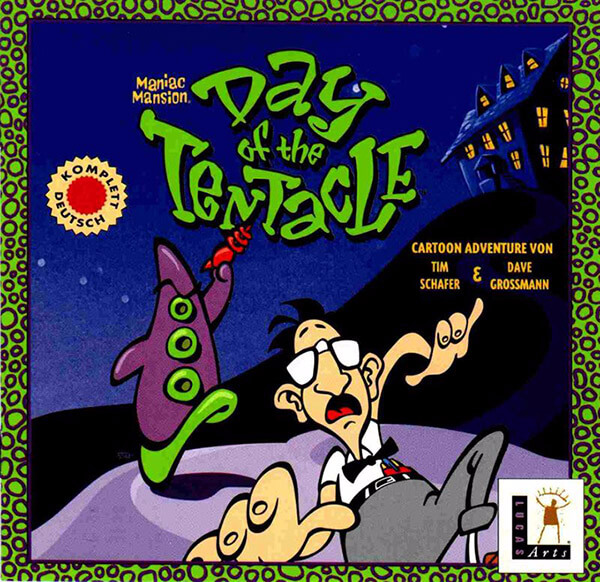 So, back in 1993 I was lucky enough to own the MS-DOS version of this game that came on 3 1/2" floppy disks.  At the time, I did not yet have a CD-ROM drive for my PC, so the "full talkie" version of the game (as games with fully recorded dialog were referred to back then) was not an option. I probably installed that game a hundred times over the years and always made sure it was included in every new PC I built from there on. If you play through this game one time, you'll understand why it is a beloved treasure of mine.  LucasArts (yes, a division of THAT Lucas, of Star Wars fame) were the original developers of the game, and one of the original designers of the game is also at the helm of the company (Double Fine) that produced the newly released Remastered edition. Shout out to Tim Schafer!

I can't possibly do this video game the justice it deserves in a full review, but I'll leave you with some fun links and videos to check out if you're interested in learning more or picking up a copy for yourself. I can assure you that if you have any sense of humour you will not be disappointed.

Check out the official trailer for the Remastered edition:

Check out the making of this glorious production:
https://www.youtube.com/watch?v=LjF4eMrYfG0&list=PLIhLvue17Sd6qEN1FU1NmGNJGEQTeDhvt

Check out PC Gamer's review of the game:
http://www.pcgamer.com/day-of-the-tentacle-remastered-review/

To purchase this game, you can find it on Steam, Gog, and possibly other online retailers, as well as on your PS4 or XBOX One.
Steam: http://store.steampowered.com/app/388210/